Three reasons that confirm that bitcoin is (almost) safe

Many people are convinced that digital currencies are going to change the world and have lost their minds at the prospect of investing in bitcoin, the cybercurrency that coined the idea. Now we think that the idea of ​​minting this new coin is also… interesting, but it is worth considering both heads and tails. Because regardless of how much money we can make with a new technology, the first thing we always have to look at is security. Well, let’s get to the heart of the matter. 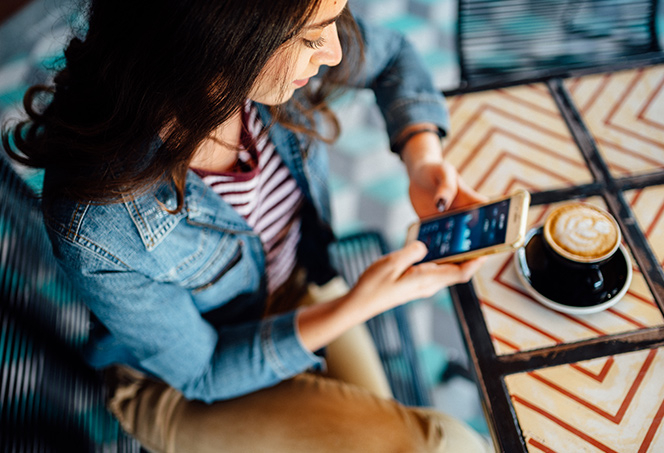 What exactly is bitcoin?

Bitcoin is a digital currency created in 2009, and is arguably the originator of the popular digital currency craze. Unlike traditional money, which is backed by the government that prints it and dictates its value, Bitcoin is independent and backed by no one, meaning its value—or the purchases it can be used for—is largely determined by the users. That means that bitcoin can have any value, from a few euros to 20,000, as it was in December 2017.

But what can be done with bitcoin? Well, at the beginning, when it was created, not too much. However, over time, more and more companies and people accept Bitcoin as a legitimate method of paying for their services. It is perfectly possible to buy a computer , book a flight and even order a pizza with just bitcoins.

Yes, we are happy to report that Bitcoin is safe… in general.

Reason 1: Bitcoin is encrypted and secure

But it is not an ordinary encryption. Bitcoin is encrypted and backed by a special system called a “block chain”. The blockchain uses (many) volunteers, who collaborate to encrypt the transactions that occur in the Bitcoin system. In this way, they ensure that all personal information is kept hidden from possible spies. But also, even if hackers manage to get into the system, there is nothing of value to steal.

You may think that this does not imply that it is more secure, but by “public” we mean that all transactions are transparent and publicly available despite the fact that the people involved are anonymous. That means that no one can cheat, cheat or defraud the system. Also, they are “irrevocable”, so when someone gets bitcoins or sells them, no one can claim their money back. Managing bitcoins is like having thousands of people watching our wallets to ensure that no one tries to steal from us.

Bitcoin has servers throughout the world and more than 10,000 nodes that track all the transactions that take place in the system. This is important because if something were to happen to one of the servers or nodes, the others would take over. It also means that trying to hack one of the servers is useless: nobody can steal anything, since the other nodes and servers take care of it, unless the attacker controls 51% of the nodes. A situation that is not impossible, but extremely unlikely.

And it’s so much better than the alternative, as keeping all your important stuff in one location can be a hassle – just ask Equifax .

We have talked about “blockchain”… and what is that?

Oh yeah. The blockchain is the secret ingredient that allows bitcoin to exist. And it is the main tool that ensures the security of the entire system.

Analyzing all the details of the blockchain would give an entire article, so we are only going to give a brushstroke: the blockchain is an encryption method that guarantees the security of transactions and makes each one unique.

Let’s think: why don’t people use the Ctrl+C keys to get more bitcoins? Well, because the blockchain makes each bitcoin unique by collecting them all in a universal ledger that keeps track of the number of bitcoins in each wallet. The system is capable of identifying bitcoins acquired by means other than trading or mining operations; these have no value and, therefore, do not appear in the account book.

But keeping this information private and anonymous is also important. We have already pointed out that the blockchain encrypts all transactions, but the reason it is called a “blockchain” is that each transaction, when encrypted, is incorporated into a “block” of transactions. When you join this block, it is already impossible to change or modify. This means that even if we were to access the blockchain, for example, we would not be able to trick someone into sending us more money, and this is essential to ensure that each bitcoin is unique and therefore has value.

But, let’s see, before we said that bitcoin is safe “in general”

Bitcoin is not anonymous?

I’m afraid not. While the Bitcoin protocol camouflages personal information, it does not hide the user’s wallet address. That means that this is not “anonymous”, but “pseudonymous”, and that someone could, in theory, through hints and clues, trace your personal information.

It is clear that it is not something that can be done easily, but it is not impossible. Since all account books are public, if someone knows how much we have spent, when and where, they could look up the transaction in the book and find our wallet. If it manages to do that, then it can find out buying habits, collect data on our lives and sometimes even blackmail us… well, that is if we spend the bitcoins on shady things!

So if you want to keep your privacy when dealing with bitcoins, you shouldn’t give out too much information that could be used to track your purchases.

But there’s another reason why bitcoins might not be “safe”…

Yes! It could be argued that Bitcoin, while secure and encrypted, is not a “safe” way to store money for the simple reason that it is highly volatile. In the absence of regulatory bodies, $1,000 worth of bitcoin can drop to as low as $100 in value in a matter of days. While Bitcoin has gone through  stages of stability , so far none have lasted more than a few months. And while this volatility is exciting (because it means the value can go up), it always comes with the risk of big losses.

Also, since it is such a recent concept, it is inevitable that things will go wrong from time to time. For example, a famous cryptocurrency exchange is unable to access the money it owes to customers because the owner (the only person who knew the password to the system) has suddenly passed away. Sometimes security is a double-edged sword!

Can my bitcoins be stolen?

Just because bitcoins are generally secure as a system doesn’t mean hackers can’t steal them.

This is not very encouraging, but there is no reason to panic: with a good antivirus, such as AVG AntiVirus FREE , you can protect yourself against three of these four methods. You just have to follow common sense and use trusted providers to avoid spoofing.

Should I use Bitcoin?

That’s up to you, friend. As we have seen, there are many reasons to trust bitcoin, but there are also reasons to be skeptical. In reality, there is nothing perfect. But if you decide to invest, be prepared for the ups and downs and, above all, don’t be afraid to diversify: there are many cryptocurrencies to try and most of them are quite safe.

AI, Cloud and Security, the drivers of innovation for customer service

The impact of Brexit on cybersecurity and data protection