How can solar energy be used?

Solar energy is one of the most sustainable alternatives for energy production. This is a known fact, but what and how is solar energy used for?

The energy generated thanks to the use of sunlight is used to:

Below, we explain all these uses in more detail. 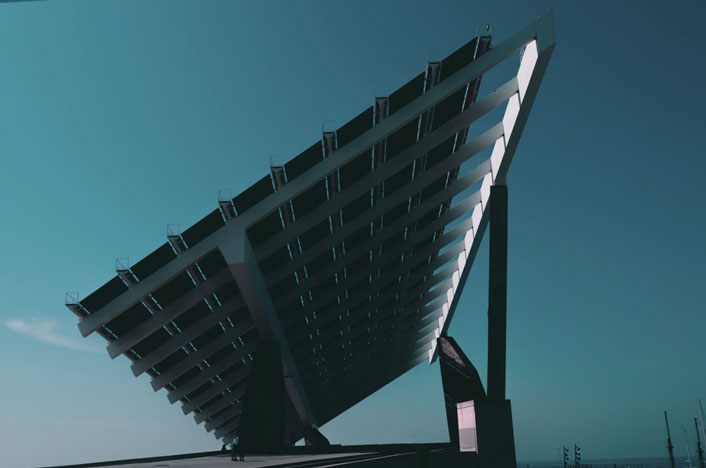 What uses does solar energy have?

If we take into account that Greenpeace estimates that photovoltaic solar energy will be able to supply electricity to two thirds of the population in 2030, and that the World Energy Council believes that by the year 2100 70% of the energy consumed will be of solar origin, it is not It is worth reviewing some of the most profitable applications of this renewable:

This is the most basic application of all: thanks to a photovoltaic panel , you can harness the sun’s energy to generate electricity. This will be used to feed, for example, the energy consumption (or at least part of it) of your home, your hotel, or your company. Your panel can store what is generated in batteries or be directly connected to the network.

In sunny areas, such as most Latin American countries or Spain, solar energy can be used to heat water, through solar collectors that generate heat. In this case, we are talking about thermal solar energy panels in which the water is heated and can be used in homes (hotels and hospitals), for showering or cooking, and can also be used for heating.

We call ‘solar cold’ ecological air conditioning, which, thanks to the consumption of clean energy, can represent savings of up to 70% of energy. Solar energy is used to produce this eco air conditioning through two methods: it is collected through photovoltaic panels that activate the cooling equipment, or through solar collectors that themselves produce thermal energy at low temperatures.

That for the summer. In winter, the heating can also be solar , as we mentioned in the previous section: thanks to solar thermal systems, where the water is heated, which can be stored for heating, or even for heated pools.

On the other hand, there are those who have it all in one , with solar panels capable of storing energy and converting it into cold or heat, as needed.

If for a long time the irrigation of plantations has been programmed and done by drip so as not to waste water, the use of solar pumps allows optimal use of water even in the most remote places and in need of water.

There are several kinds of solar irrigation: those with constant pressure, which do not need batteries or accumulation of water, but are powered directly by solar panels; those with pivot movement for large farms (the pivot movement is powered by photovoltaic energy); direct solar pumping (without batteries, only with panels); or fully automated irrigation thanks to solar panels.

Thanks to solar panels, gardens, paths and roads can be illuminated by harnessing the sun’s energy and without the need for power lines.

During the day the energy is generated and stored, and at night it is used to illuminate these exteriors. Each point can have its own autonomy with a small plate, or there can be a central that collects all the solar energy (although this requires more space and wiring infrastructure). LED lights work in these cases as economic light emitters with a long useful life.

Solar Cars (And Other Inventions)

They have not yet become popular, much less widespread (but everything will come!), but there are large manufacturers developing technology to produce cars  that move (and run) thanks to solar energy. In addition to the solar car, engineers around the world are developing inventions that only work with solar energy , such as airplanes, laptops, showers or solar bags.

How Could a Staff Augmentation Model Help Your Company?

NFT: what are non-fungible tokens?

cryptocurrency mining and what uses does it have? We explain it to you

The War on Bitcoin